Tour the Renovations at Jarboe Park

Neptune Beach Residents are invited for a special preview of exciting improvements in progress at Jarboe Park. Over the past five months, Jarboe Park has undergone a thrilling transformation and will begin a phased opening of new multi-use paths in May. Neptune Beach residents are invited to take a peek behind the scenes of the construction by signing up for 20-minute tours April 27th – 29th. Registration for these tours will be on a first come, first served basis (maximum of 6 people per tour) and can be booked by clicking on this link and scheduling directly, by emailing: cm@nbfl.us, or by calling: 270-2400 ext. 31. Tour participants should wear closed-toe shoes and meet at the new bicycle/pedestrian entrance off of Florida Boulevard (for drivers, please park on 5th Street and access the bridge via the East Coast Greenway along Florida Boulevard).

Tours are available first come, first served for these dates and times:

Some Quick Facts About the Renovations:

Initially there were four total phases to the renovations: Phases 1A, 1B, 1C and 2. The City’s design engineer produced an original set of drawings complete with quantity cost estimates that included contingency in case of unforeseen circumstances during construction. While budgeting and planning for the actual construction of the renovations to the park, City Staff recommended doing as much of the work as possible using labor from the City’s Public Works Department. Using Public Works Staff allowed the City to complete elements of Phases 1A, 1B, and 1C using funds approved during FY-2020 and FY-2021 totaling $1,243,088.00. During normal construction, the contractors discovered that actual conditions in the field differed from what was designed and that resulted in Change Order #1: $41,812.50. The second change order came as a direct result of listening to residents’ requests for a playground tower structure, resulting in an increase of: $55,850.78. That brings the total Council approved construction of the Phase 1 (Phases 1A, 1B, and 1C) improvements to: $1,340,751.28.

Once construction began, there were a number of items that could not be completed as designed. This happened due to issues discovered in the field and from granting requests made by residents. Changes were necessary, and field work orders were made to deviate from the plans. City Staff heard what Bay Street Residents requested and modified plans to remove the majority of on-street parking along Bay Street to a total of ten spaces (7 additional, including 2 ADA van-accessible spaces). The original engineered drawings specified that the tennis and pickleball courts would largely be refurbished and only include a portion of new court. Staff found that due to issues with storm water drainage from the courts, the courts would need to be raised and completely reconstructed – significantly expanding the useful life of the court surfaces. The number of volleyball courts was reduced from three to two due to site constraints and underground utilities. Minor path realignments were made in order to preserve existing trees. Prior to completing the section of pathway at the Northern end of the Park, sewer upgrades were completed to both a sanitary sewer force main and a sanitary sewer gravity line with service lines along Bay Street. The pathway is now complete and will connect to a FDOT project planned for the intersection of Bay Street and 3rd Street, allowing for the safe passage of cyclists and pedestrians across busy A-1-A.

There are a total of three phases for Jarboe Park – only Phase 1 (Phases 1A, 1B, & 1C) is currently approved by the City Council and is under construction. Staff will recommend that Phase 2 receive consideration for funding during the FY-2022 budget planning process (beginning in May). Phase 2 includes: the multi-purpose lawn (between the West side of the Neptune House and 5th Street), relocation of the historic City Hall, construction of pavilions, parking and streetscape improvements along the Western side of 5th Street (including low-speed vehicle parking on the East side of 5th Street), and trail improvements on the East Side of the park.

Phase 3 has not been fully considered but could include parking on the East side of Jarboe Park across the drainage ditch.

In addition to using the expertise of the Public Works Department to complete concrete work, the City has also received a $200,000 Recreational Trails Program Grant from the Florida Department of Environmental Protection, and funding from the City of Jacksonville to install workout stations along the new trail. Questions related to the park should be directed to the City’s Grants and Resiliency Manager, Colin Moore at: colinmoore@nbfl.us. 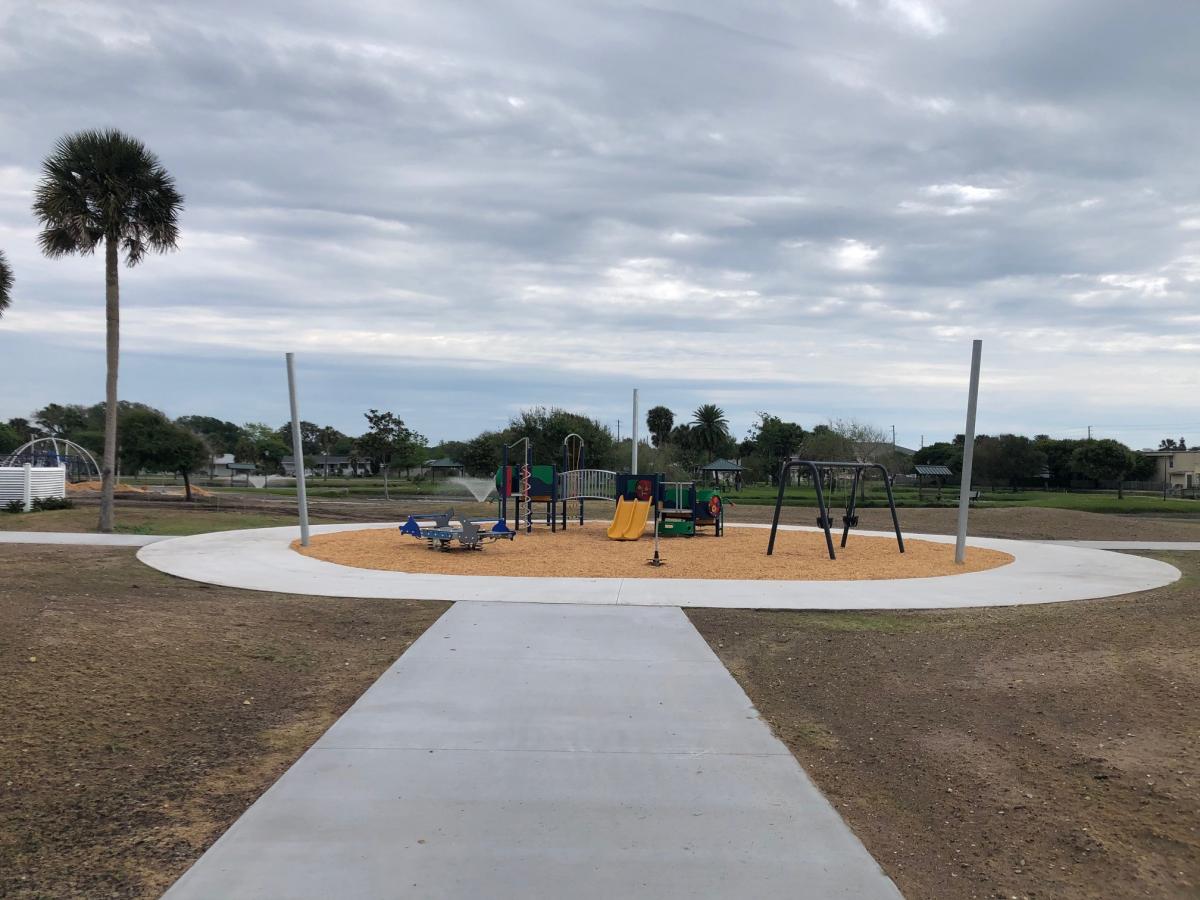